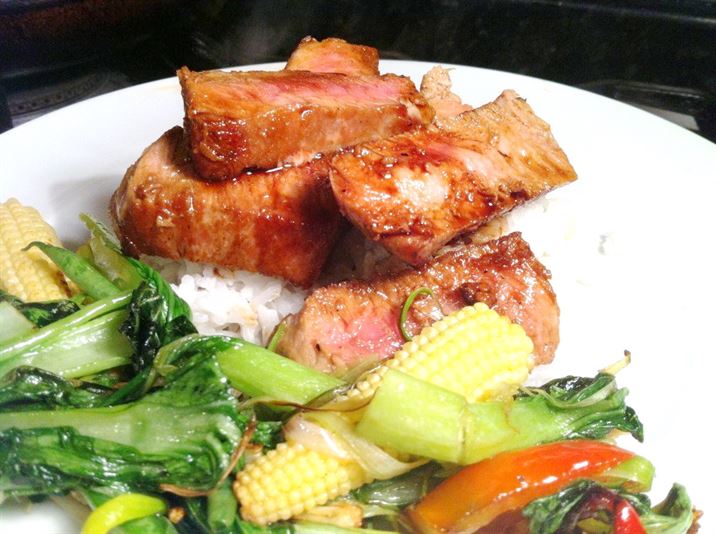 Today, I have earned my gastronomical stripes by cooking and eating zebra. And very delicious it was too. This is the opening chapter of a culinary quest to broaden my palates experience and try something a little more exotic. Over the next few weeks Im going to be cooking meats as diverse as antelope to zebra, from camel to crocodile. I might not enjoy them all and I will certainly say so if I dont but the discovery will be enlightening regardless.

All the cuts ll be eating are supplied by Alternative Meats, owned by game producers Jeanette Edgar and Rachel Godwin. And where appropriate, Ill be using recipes form their newly released The Exotic Meat Cookbook. All Jeannie and Rachels meat is traceable and complies with the Convention on International Trade in Endangered Species of Wild Fauna and Flora, which ensures trade doesnt threaten the survival of the species or its eco-system.

A word about Zebra:

what does zebra taste like?. This meat is from the carefully managed Plains Zebra, found across eastern and southern Africa. It is incredibly lean and light, with a pale pink colour. I’ve never tried horse meat so cant compare with its cousin, but in my opinion, the texture is akin to veal.  The fillet is about as lean a piece of meat as I’ve ever tried so it is crucial not to overcook. As recommended by AM, I pan-fried these steaks to medium-rare, giving them a crisp, golden exterior. They were quite dry in the mouth and quite chewy, so Id suggest slicing them thinner than I did. The teriyaki sauce worked a treat with them and I’m sure they would make a great stir-fry ingredient with other light Oriental sauces.

For the coconut rice:

For the vegetable stir-fry

1. First make the coconut rice by putting all the ingredients in a saucepan and bringing to the boil. Reduce to a summer and cook for approx. 10 mins until all the liquid has been absorbed. Cover with a lid and leave to rest for around 5 mins.

2. Heat a large frying pan and add a splash of sunflower oil and stir-fry the vegetables for around 3-4 mins.

3. Meanwhile, heat a large frying pan until it is smoking hot. Oil the steaks, then cook for 5-6 mins each side, until the outside is crisp and golden but the inside is still pale pink. There should be no blood.

4. Remove from the pan and leave to rest for a couple of minute before carving. I carved the steaks into 1cm slices but I should have gone thinner.

5. Mix the teriyaki ingredients in a bowl. Return the steaks to the hot pan and add the teriyaki sauce. Bring to a fierce boil, then serve immediately.

Probably one of the healthiest meals I’ve had for a while. The zebra was incredibly lean, but part of the problem with very lean meats it is that it can lack flavour, and so it was here. The book described it as grassy, which I got, but only slightly. However, a grind of salt brought much more flavour to the fore and the teriyaki definitely enhanced it. I would recommend zebra as a healthy option, not an indulgent one.

This is a modified recipe from The Exotic Meat Cookbook (available on iPad from the Friday Project).

Alternative Meats sent me the ingredients to cook with but I have not been paid for this post.